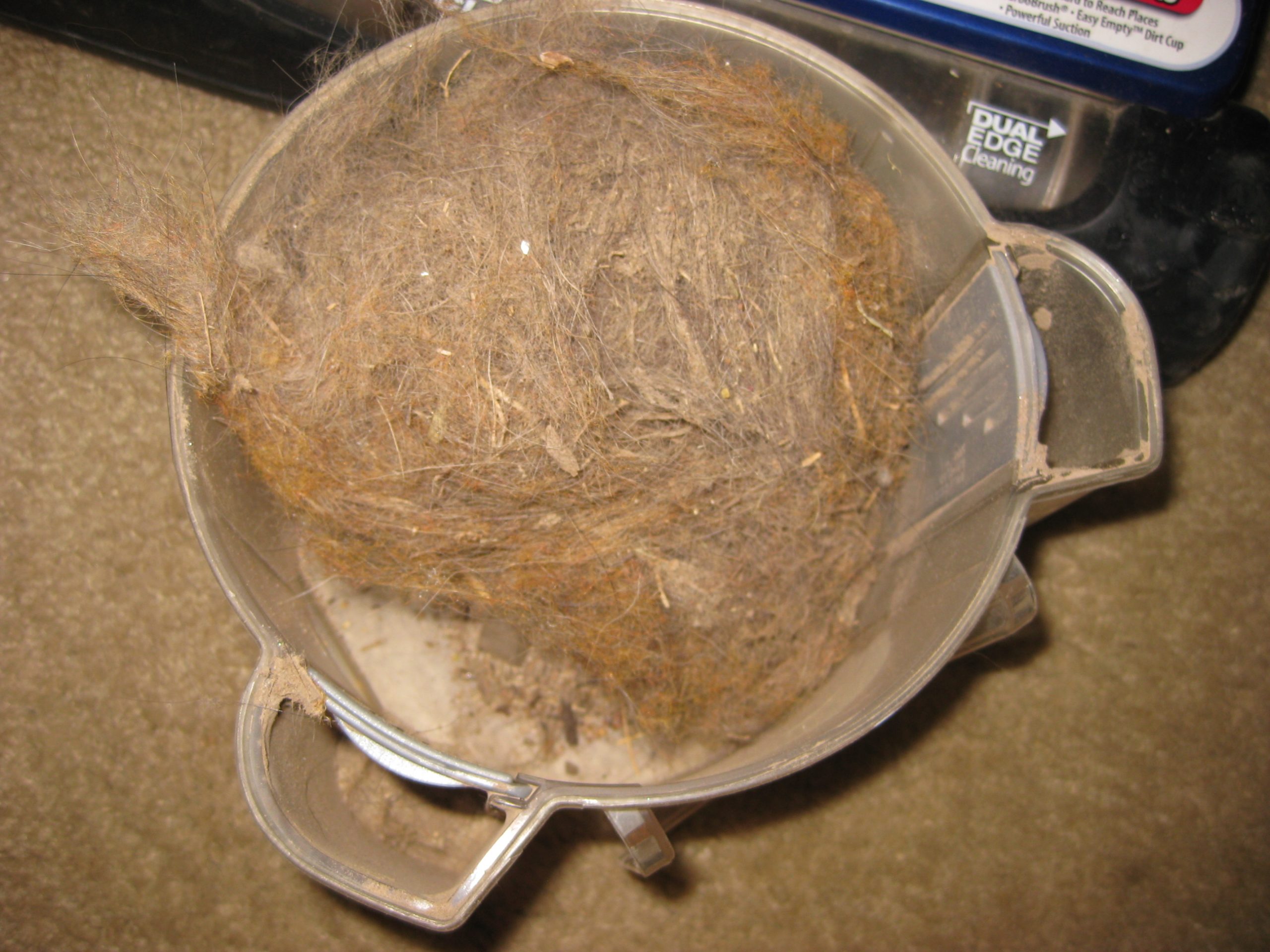 It may have taken 26 years and plenty of color-coded jars of fibers, but an Australian man earned himself a spot in the Guinness Book of World Records for the largest collection of belly button lint.

Didn't have any belly button lint pix, but did have some dog hairball art/Art and photo Ryn Gargulinski

That story and more are up this week on Rynski’s Shattered Reality radio show on Party934.com and FM 94.9 in Hudson Valley, N.Y.

Next show is Wednesday, Oct. 27 (today!) and every Wednesday online at Party934.com. Showtime is noon in Arizona, 3 p.m. EST.

Party 934 is a radio alternative for listeners sick of stations that play one song followed by 500 commercials.

ANIMALS are up again as the song theme and we have everything from rats to rabbits with the weekly polka fix in between.

Thanks! to all who offer suggestions.

What: Rynski’s Shattered Reality Internet radio show
When: Every Wednesday for one hour
Time: Noon in Arizona, 3 p.m. EST
Where: www.party934.com and FM 94.9 in Hudson Valley

CALL FOR SONGS – In honor of the Halloween and All Souls season, let’s get some songs that are spooky, creepy, mystical or downright scary. Please leave suggestions below.

Dredg – Penguins in the Desert (Radmax in AZ)