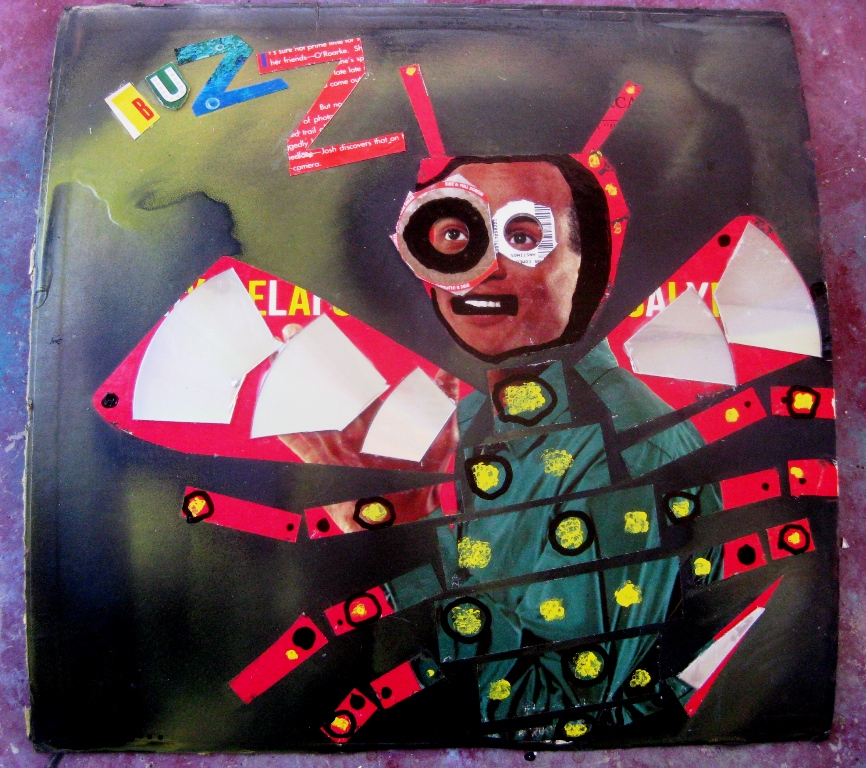 Buzz yourself silly with this creative collage that was once a Harry Belafonte album cover.

The Bumblebee Buzz Collage is part of a series of art created for the Bookmans Green Fest upcycled art contest. Artists were asked to come up with works using discarded books, CDs, record albums and other miscellaneous debris from the store’s recycle bin.

The total collage set stands at five: Bumblebee Buzz, Moo Cow, Meow Cat Meow, Bark Dog and Hiss Snake. The only one that did not use a Belafonte front or back album cover as the base was Moo Cow, which instead used the soundtrack album of some musical I have since forgotten.

Each collage comes framed in a special record album frame, metal with a clear, thick plastic front, which fits the exact dimensions of the standard album size of 12 inches square.