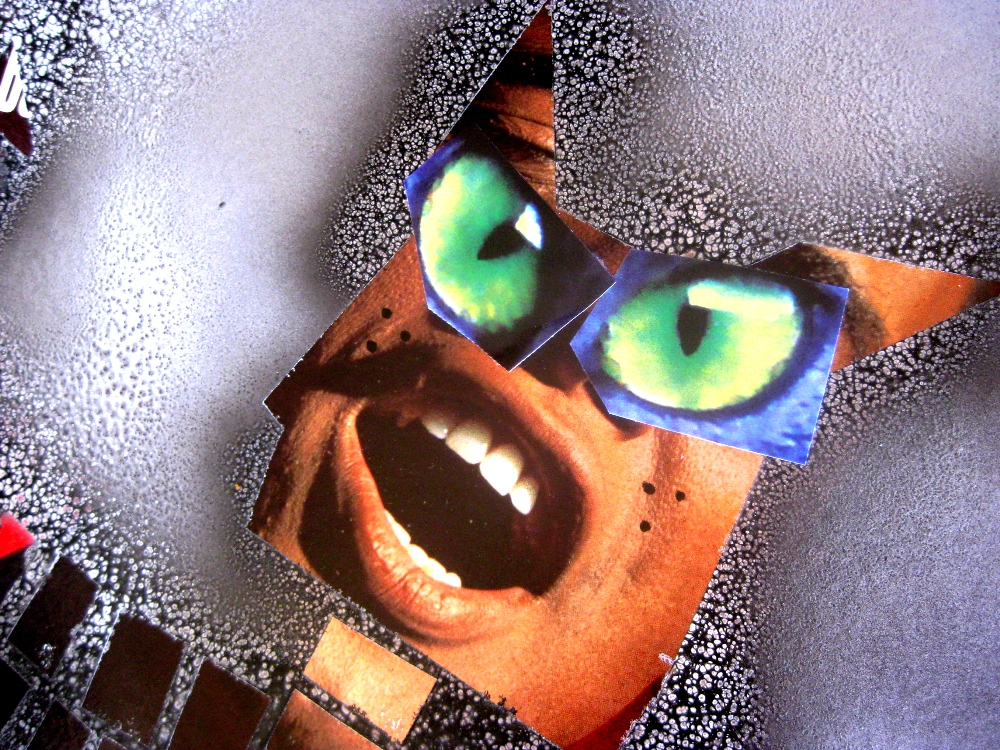 Capture you or your friend’s love of cats with this captivating collage made from a Harry Belafonte album cover.

The Cat Meow College is part of a series of art created for the Bookmans Green Fest upcycled art contest. Artists were asked to come up with works using discarded books, CDs, record albums and other miscellaneous debris from the store’s recycle bin.