Is Your Dog Fat? How to Help Your Dog Lose Weight 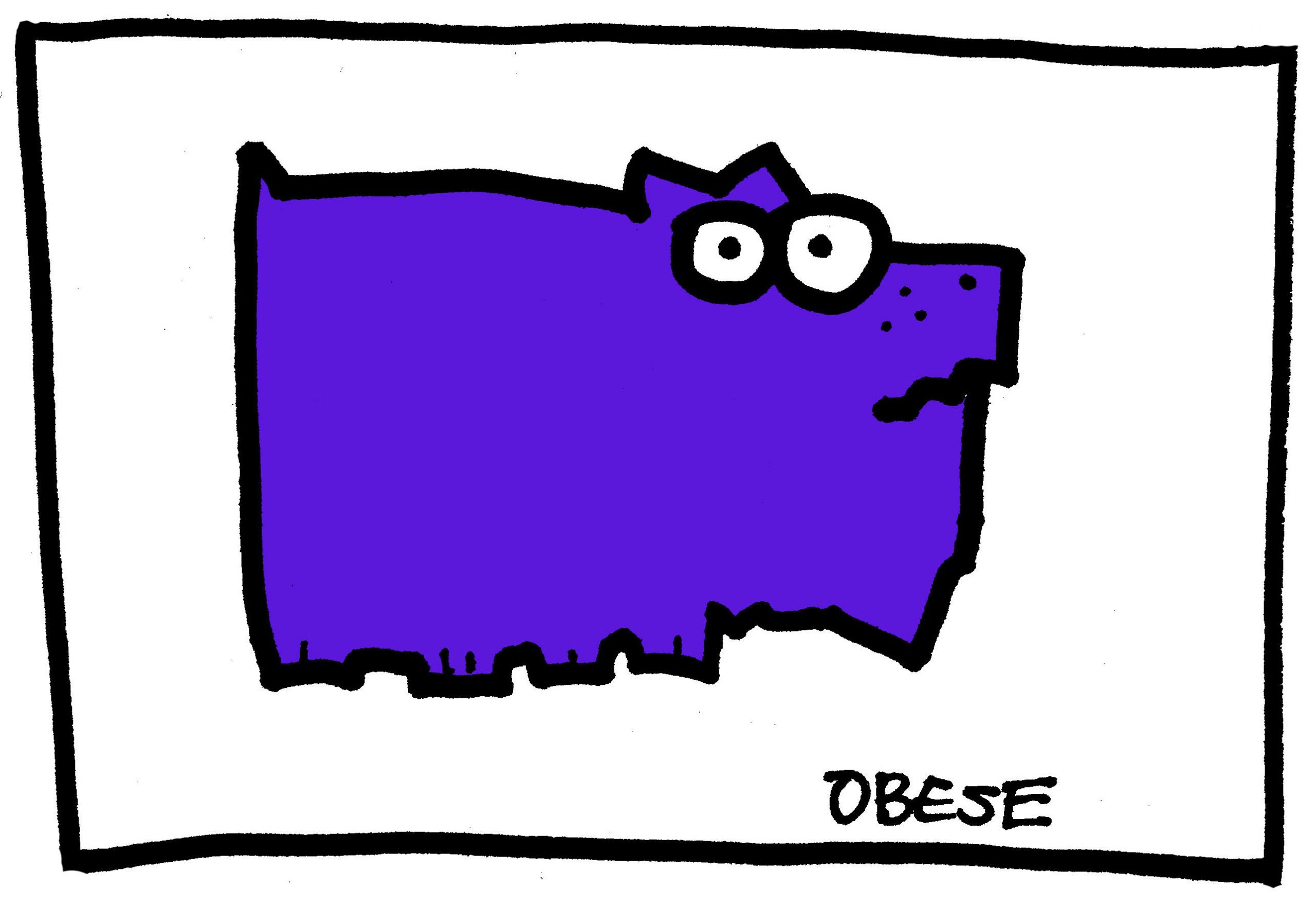 Elmo is a big dog, but the vet says 109 pounds is just a bit too big. He’s not yet into the obesity stage, but he has joined the 54 percent of dogs in the U.S. who are officially overweight.

A handy chart at the vet lets you spot check if your dog is fat. The thing looks something like this:

Even though most of us think “diet” is a nasty four-letter word, your dog doesn’t have to suffer while losing weight. These tips helped Elmo shed pounds once, and they can help once again.

Dogs that have come to expect treats on demand will have a hard time accepting their demands are no longer being met. This counts triple if their demand involves cornering you near the kitchen counter by the treat jar and jumping up and down while wildly barking.

Rather than foregoing a treat altogether, try cutting the treat in half. Or thirds. Or even quarters. Reducing the amount of food given per feeding time can also work better than trying to cut out a feeding time completely.

Broccoli comes with a calorie count lower than spring temperatures in Michigan. And most dogs spit it out the minute it hits their mouth. That means your dog gets zero calories and you still get points for giving a treat.

I remember reading somewhere that dogs don’t really care what you give them, as long as you give them something. I’m not sure if that’s true, but giving them broccoli can result in a notable dog weight loss if your dog doesn’t eat it. P.S. Elmo has since learned to eat it.

Don’t let the soulful eyes get to you.

When you hand over broccoli instead of, say, beef, your dog is likely to give you “that look.” It’s a sad look with soulful eyes that pierce your heart, wrenching it in half in a deeply powerful bid to please hand over some beef. Just. Say. No.

Do have a general idea of calorie counts.

While you don’t have memorize the calorie count of every food in the kitchen, like I did during my high school dieting phase, you should have a general idea of how many calories you’re feeding your dog. Some of those treats can pack a hefty punch.

The calorie chart also noted a bite of a McDonald’s cheeseburger adds 330 calories to a dog’s diet. Ouch.

Do have a general idea of how many calories your dog needs.

Just like people, lazy dogs need fewer calories than dogs that are always on the move. Low-calorie Charlee Bear has a chart that shows how many calories it takes to sustain certain weights.

Don’t count rolling over in bed as exercise.

Increasing your dog’s exercise is another way to help him reach his desired weight. And no, much to Elmo’s dismay, rolling over in bed does NOT count as exercise.

Jumping around for his treats counts a little bit, and Elmo’s new trick of spinning in a circle counts even more. We’ll also add extended weekend walks to the list, after which he’ll be keenly rewarded with a big, juicy hunk of broccoli.