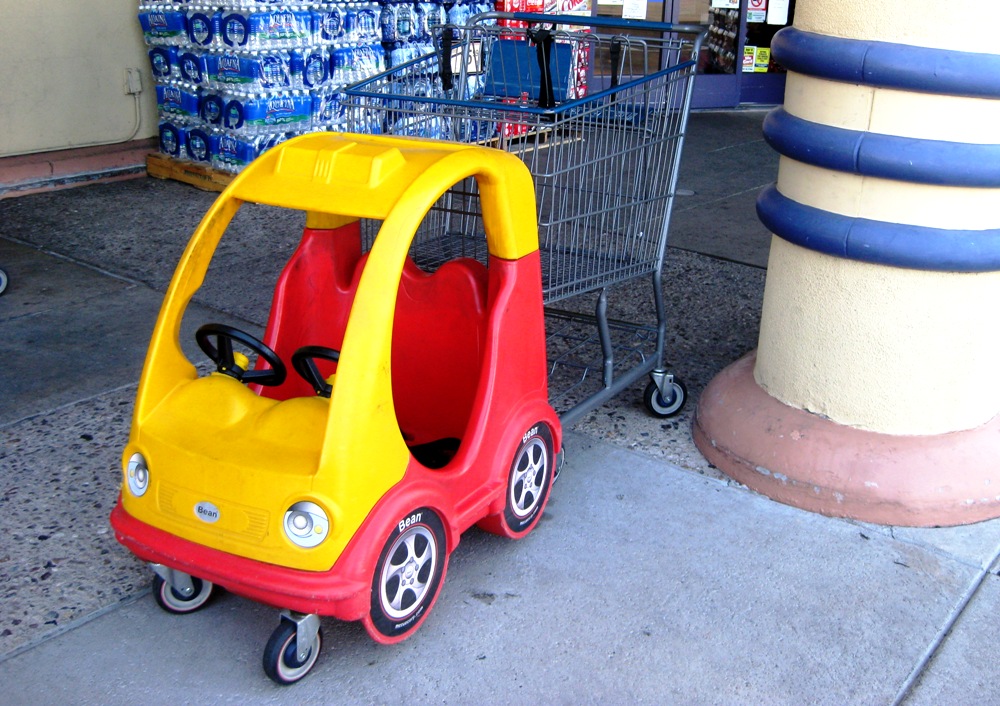 When you’re down in the dumps – broke, depressed, bleak and weary – there’s a surefire way to lift your spirits.

It never matters that we neither need nor can afford whatever we buy, nothing beats the blues like a new set of butcher knives or shoes.

The City of Tucson is onto this little shopping therapy ploy to improve its own self-esteem. Rather than grabbing for cutlery or footwear, however, the town is going whole hog and buying itself a brand new streetcar system.

The funding for purchasing this shiny new toy was voter-approved, which means most of the people who actually get out and vote agreed with the therapeutic benefits of buying things for the heck of it.

Please note the plan was approved in 2006, prior to the modern depression that left everything from the city’s police services to faithful employees in a pinch so tight we expect eyeballs to bulge out.

But never mind the timing, the funding sources for the purchase is savvy enough to make us all forget how broke we are. Tucson sure knows how to shop, with the $196.8 million coming from a bevy of federal and local sources. Grants and special funding are our favorites, reminding us holiday cards with checks stuffed inside.

Federal monies include $63 million in the form of a Transportation Investment Generating Economic Recovery Grant – surely a fancy way to stay “new streetcar” – a promised $25 million for New Start projects and $14.98 million as part of the Cushing Street Bridge project. Can’t have a new streetcar without a nice new bridge on which to ride it, now.

Local funds include $88 million from RTA and a few other grants and donations. Area utility companies offered up $11 million, Gadsden Development Company threw in another $3.2 million and $4.6 million came from city grants and “other sources.” Anonymous millionaires?

The city also has the rationalization part down pat, another ploy we pull when our conscious tells us whatever we just bought during our shopping therapy spree is useless or even stupid.

The modern street car is not stupid, no way, says TucsonStreetcar.com. The 3.9-mile route runs from the west side of Interstate 10 all the way to the University of Arizona and UA’s Health Sciences Center, stopping at 18 dandy locations along the way. The streetcar will run every 10 minutes by day and 20 minutes after dusk, spanning from 6 a.m. to 2 a.m., perfect for those late-night walking jaunts downtown of which many of us are so fond.

Don’t worry about it clogging up the streets, either. The shiny streamlined vehicle will merrily trek right alongside existing traffic. Besides, it’s tough to clog up something that doesn’t move in the first place.

To top off the benefits, this new toy will generate 1,200 new jobs during construction, 1,650 additional jobs in one way or another related to its construction and 1,480 long-term jobs after construction.

Let’s see our new shoes or butcher knives do all that.

This modern street car is nothing short of a modern miracle, the website proclaims, and could even raise property values along its route by up to 30 percent while “helping to preserve the city center historic district.” Never mind it’s likely to propel the existing historic trolley into extinction.

Despite all its glorious features and promises, the streetcar does seem to pose one little problem. Although construction is paid for, no one has yet figured out how to fully pay for its operation, a little snag KGUN-9 says falls short by an annual $1 million.

That’s like buying our new shoes but having no money for the laces. Or breaking out our sleek new set of butcher knives only to realize we’ve no cash left to buy any meat.

But we can worry about all that later. Right now our only concern is retaining that sweet shopping therapy buzz.